Drugs and alcohol have noticeable effects on the immune system’s white blood cells, which protect the body against infectious disease and foreign invaders. Changes to these cells are caused by the direct toxic effects of chemicals (smoking and alcohol). The larger the amount and longer the duration of substance use, the greater the amount of change that occurs.

To counteract these chemical effects, white blood cells “reprogram” their genome (complete DNA set) so they can produce enzymes that metabolize toxins and inflammatory factors. Along the way, they signal other cells to help in their efforts. As they reprogram, the cells don’t change their DNA sequence. Instead, they alter a gene’s methylation (CH3) status, or turn key portions of genes “off” or “on.” Known as “promoters,” this reprogramming controls the amount of enzymes and inflammatory factors produced.

The cell’s alterations of a gene’s methylation status are closely linked to addiction, diseases, and other health changes.

What is the science behind these patented tests, which can detect subtle and not-so-subtle effects of smoking and alcohol on the metabolism of white blood cells? It rests on a solid core of research findings funded by the National Institutes of Health and reproduced by dozens of independent laboratories.

Our state-of-the-art tests detect this stable epigenetic reprogramming by measuring DNA methylation changes in key genes of critical metabolic and inflammatory pathways. These tests focus on the most critical portions of the genome: the promoters. In general, higher levels of DNA methylation are found in inactive genes; active genes tend to have lower DNA methylation levels. 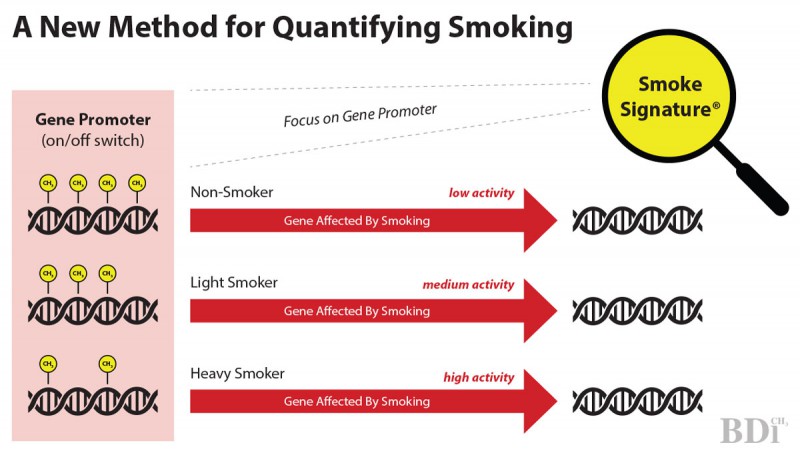 Figure 1. Smoking alters the methylation (CH3) status or “on/off” status of genes. This change in the “on/off” status is closely linked to addiction and other diseases. Our patented assays focus on the most critical portions of the genome – the promoters – genes closely associated with key health outcomes. 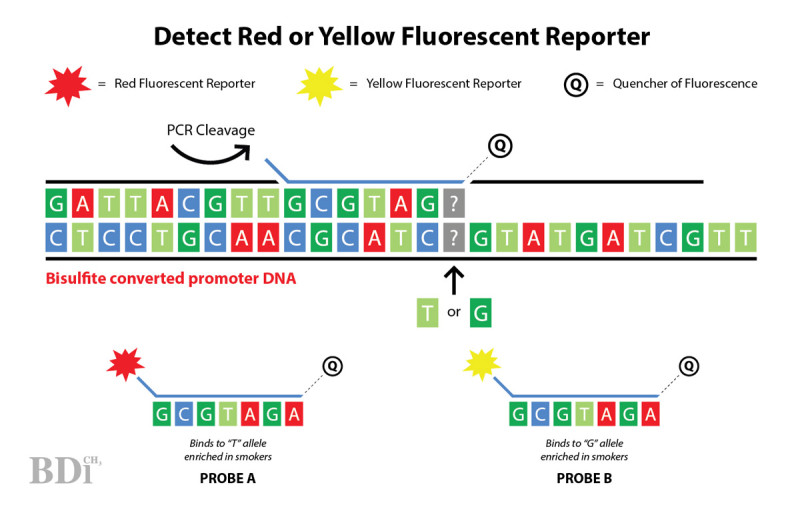 Figure 2. Our assay focuses on the bisulfite converted DNA from the promoters of key genes. Bisulfite conversion, a process invented in the 1990’s, changes non-methylated cytosine bases to uracils. Because DNA polymerases treat uracil like thymine, we can use probes that contain adenosine (A) or cytosine (C) to determine the percent methylation at a given methylation site.